Note that I have a bit of a surprise for you in this news essay. Enjoy.

Remember that I have been telling you that the upper class trash, including Europe's Royal Family (they are all related) have been inbreeding too long?

They have been making a big deal about Meghan Markle being from outside of the Royal Family but it turns out she isn't, she is Royal Family. She and Prince Harry are 17th cousins because she is a direct descendent of King Edward the Third of Britain.

Yep, they still have not learned to quit screwing family.

"Hey, it isn't inbreeding, it is 'selective breeding'", you know, like giving it a different name will cause the biology to change.

Now do you know why the upper class trash are having their puppets and minions fight so hard to keep abortion legal? Gee, you don't think it is to keep it legal for them to murder off their offspring when they produce little inbred beasts, do you?

After all, you won't believe they are superior to you and should be micromanaging your lives to control you, if you know what kind of mess their gene pool is, after more than 1,000 years of inbreeding. Keep it in the family, baby, keep it in the family.

And the upper class trash owned media are making it look like a good thing she is also royalty. Gee, what a coincidence.

That makes my brain hurt.

I want my own planet. There are too many stupid people running this one.

Remember that I told you that all of this mess with Russia and her allies, you know, Tunisia, Libya, Syria, and Ukraine was all about the Euro-American upper class trash trying to force Russia to submit to their upper class trash commie global dictatorship and Putin fighting back by using Europe's dependency on Russia oil to stop that? Remember that I also told you that Germany has been turning on the EU and making nice with Russia? Gee, you don't think Germany is getting ready to leave the EU, do you, especially after Brexit, you know, just like I told you would happen years ago?

I got this from CenturyLink By Matthew Lee:

"WARSAW, Poland (AP) - The United States and Poland on Saturday took a strong stand against a planned gas pipeline linking Russia to Germany, saying it is part of a Kremlin scheme to politicize energy and undermine attempts to make Europe less dependent on Moscow.

Putin is using the old divide and conquer to beat the Euro-American upper class trash, you know, splitting up the EU. He is also winning in Syria, making moves to clean up the mess Obama caused in Libya, helping Iran against the US and the Sunni Muslims, helping China and North Korea against the US, turning Turkey against the US while providing Turkey with the S-400 and other weapons systems, and threatening to resume the war in Ukraine. The dude is busy.

He ain't stupid, baby, and me thinks the upper class trash under estimated him.

Have you noticed that it isn't just the upper class trash EU that is getting flushed down the toilet but also their commie global dictatorship thingy?

Now Putin is working on getting Germany to leave the EU for Russian gas to destroy the EU sooner? How much longer do you think the EU can survive before it completely blows apart?

This is getting very interesting.

Right now, it is looking like Trump and Putin are the two most intelligent leaders in the world.

Where all of this is headed

We are going to do a little analysis on what to expect in the future, especially with my unusual success at making such predictions because I listen to God. I will share a few things with you.

First, you have to understand that the feet of iron mixed with clay in Nebuchadnezzar's dream represents the Euro-American upper class trash and their power and wealth as the iron and the Muslims as the clay.

It should be obvious that the upper class trash secretly converted to Islam years ago like I told you years ago they had. That is why they are trying to ram Islam down our throats today.

The other main reason they have not formed the Caliphate is because their power mad leaders don't want to give up or share power plus the different sects of Islam, especially the Sunnis and Shiites, have been waging war against each other for 1,400 years.

Fifth, you have to understand that, because Babylon ceased to exist less than 1,000 years ago, it DOES NOT mean the prophesy about Babylon being destroyed and never being rebuilt has come true yet. The proof of this is that the prophesy says that, after Babylon has been destroyed by God, it will never be rebuilt and Saddam Hussein ALREADY started rebuilding it. It already has the main place, a number of other royal and government buildings, two gates, a number of other houses, and some of the walls rebuilt, therefore, that prophesy has not been fulfilled and Babylon MUST be completely destroyed and never rebuilt in the future, you know, during the Tribulation just like the Bible says.

Just take a look at these pictures below of the city of Babylon partially rebuilt. Note that these pictures were taken in 2007, more than a decade ago and before Obama dumped millions of your tax dollars into rebuilding Babylon. 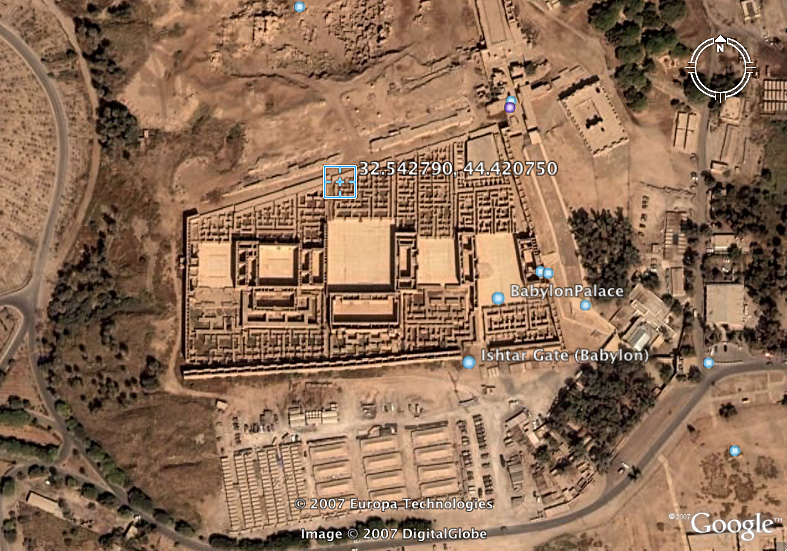 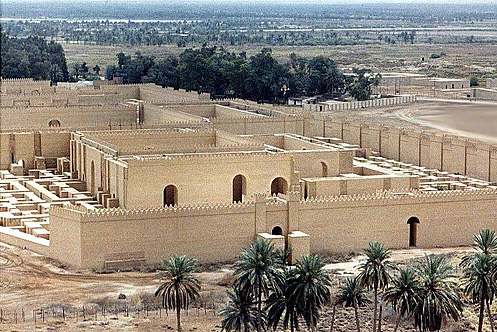 Get the picture yet?

Also, the upper class trash and Muslims are currently working on rebuilding Babylon to an even greater glory than it was ever before, you know, just like the Bible says. They set up an international organization to over see the rebuilding of Babylon, Obama dumped millions of your tax dollars into the rebuilding project and many of the world leaders (upper class trash) purchased land near the city that will become part of the city including the British Royal Family, the Catholic Church, all of the wealthy Muslim leaders and their nations. Years ago I saw several different architectural drawings submitted as suggestions for the rebuilding of Babylon as a 21st Century city surrounding the old city and they were pretty spectacular but I have not been able to find them since.

Their plans for Babylon are to make it both the financial, economic, and religious capital of the world and to rule the world from Babylon just like the Bible says. Gee, what a coincidence.

Yes, they know the Bible prophesy is true but they hate God, the Bible, the Hebrews, and Christianity and are trying to destroy them while trying to force the fulfillment of the Bible prophesies their way with them as the world rulers. (I told you they are nuts.)

So, how are we going to get from here to there?

First, the Battle of Ezekiel 38 & 39 has to happen to destroy their current efforts to seize control of the world in such a way as to prove the scriptures wrong. The scriptures cannot be wrong so their current efforts MUST fail and God will use the Battle of Ezekiel 38 & 39 to cause that final failure along with causing Israel to seize enough land, from at least the Euphrates River (probably also Western Turkey) to the Indian Ocean and from the Nile River to east of Jordan, to cause a complete physical divide between the Western part of the Caliphate and the Eastern part of the Caliphate with 5 leaders from each part to properly fulfill the prophesies in every detail.

The Battle of Ezekiel 38 & 39 will cause enough of a destruction of the invading forces, enough of the leaders to die, and the destruction of the UN as an international force so that they will be forced to form the Caliphate and have no reason to not form the Caliphate and they will begin quickly building their Muslim/lefty army to conquer the world in two military campaigns, the first to the west and the second to the east.

During that time, they will also quickly rebuild Babylon as the greatest city in history and the financial, economic, and Muslim religious capital of the world, just like the Bible says.

When their military is ready to conquer the world and Babylon has been quickly rebuilt as the business and Muslim religious capital of the world, the Tribulation will begin and all hell will break loose.

In a nutshell, that is what must happen for Bible prophesy to be fulfilled in every detail in the near future.